The government sells securities in auctions that are conducted by the Federal Reserve Bank of New York. Later on, they are usually traded in secondary markets. Examples of non-marketable securities are savings bonds that are issued to the public and can only be transferred as gifts.

The beautiful thing about treasury securities is that they are backed fully by the government. That means means that the government usually promises to raise the money by any available legal means in order to repay them. That makes them one of the most securest investment options available to the public.

What Are The Basic Characteristics of Treasury Securities

Treasury securities can be grouped into three categories according to their maturity times. We’ve broken down the details of what you need to know about each one below.

These have the shortest maturity time of all government bonds and they are among the bills that are usually auctioned on a regular schedule such as 4 weeks, 8 weeks, 13 weeks, 26 weeks and 52 weeks. There is only one type of bill that is not auctioned regularly, which is the cash management bill. This one is issued on variable terms and usually for a few days. It is the only security that is found in both the money markets as well as the capital markets.

These notes usually represent the middle range of maturity in the treasury securities family. Their maturity time is in years, namely, 2 years, 3 years, 5 years and 10 years. The treasury usually auctions 2-year notes, 3-year notes, 5-year notes, and 7-year notes each month. The original issue for the 10-year notes is February, May, August and November. They are usually issued at $1,000 par value, and they mature at the same price. The interest is paid semi-annually.

These are very famous and most people in the investment community regularly refer to them. They are identical to the T-Notes but their maturity is 30 years. They are also usually issued at and also mature at a $1,000 par value, and interest is paid semi-annually. Bonds are usually auctioned monthly and their original issue is usually February, May, August, and November.

What Aret The Risks And Rewards Of Treasury Securities

A 30-year bond pays a higher interest rate than the low maturity securities. It is, however, frustrating to wait 30 years for your investment to mature, which is a limitation in itself. You can buy treasury securities in the normal trade market the same way you can buy shares and stocks. Their price rise according to the interest rates and the drop in the same way.

You can purchase them through any broker or bank or investment institution. When you purchase them in this way, you are still guaranteed of receiving the interest at maturity

What Is The Tax Associated With Treasury Securities

The same rules of taxation apply to all the securities equally. The interest that is paid on the securities if fully taxable by the federal government but it is tax-free unconditionally for localities and states. The difference between the maturity prices and issuance of the T-Bills is what is usually considered as interest for purposes of taxation.

Investors usually receive profits and losses from these treasuries if they trade them in secondary markets but they must report this as short or long-term capital gains or losses. Each year, the treasury department usually sends its investors a FORM 1099-INT that is used to show the amount of taxable interest they should report in the 1040.

Who can buy treasury securities?

Anyone can buy these securities. Any type of investor such as an institution, an individual, an estate, a trust, and even corporations are open to purchasing whichever securities they wish to purchase from the treasury department.

What You Need To Know About Treasury Securities Conclusion

Treasury securities are a good way of taking a hold of your money this year, but it is important that you understand what you are getting yourself into, before choosing to invest in this way. One of the most important things to remember is that they are risk-free, which means that you shall not lose your money, but in order to make good money out of them, you must be willing to invest for a very long time. 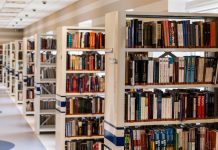 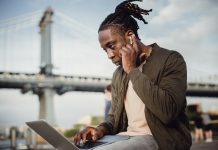 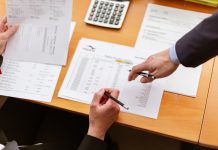